The U.S. is now the largest single country producer of crude oil, surpassing Russia and Saudi Arabia earlier this year. Technological advances in horizontal drilling fueled a boom in the West Texas Permian basin and other tight rock formations. In Pennsylvania, Ohio, and West Virginia, the Marcellus-Utica shale formation houses an estimated 84 trillion cubic feet of natural gas. At the end of 2015, the U.S. lifted its 40 year ban on crude oil exports. Facilities in Louisiana and Maryland have quadrupled U.S. exports of liquified natural gas (LNG) in the past year. Energy production is now a substantial part of the U.S. economy.

Before you jump all over me about the environment, I’m not here to debate the merits of fossil fuels over renewables. The reality is that the world still runs on oil. Renewables are growing dramatically, but they are no where near the point of replacing oil. The good news is that we have time to make this adjustment, and plenty of oil and natural gas to tide us over.

Conventional oil wells drill straight down and retrieve oil and gas from reservoirs. But conventional wells cannot access oil and gas trapped in tight rock formations known a shale. Enter horizontal drilling and hydraulic fracturing, a process that pumps high pressure fluid and sand in to the rock to break it open, releasing oil and gas. These wells allow the U.S. to tap in to massive amounts of crude oil and natural gas. 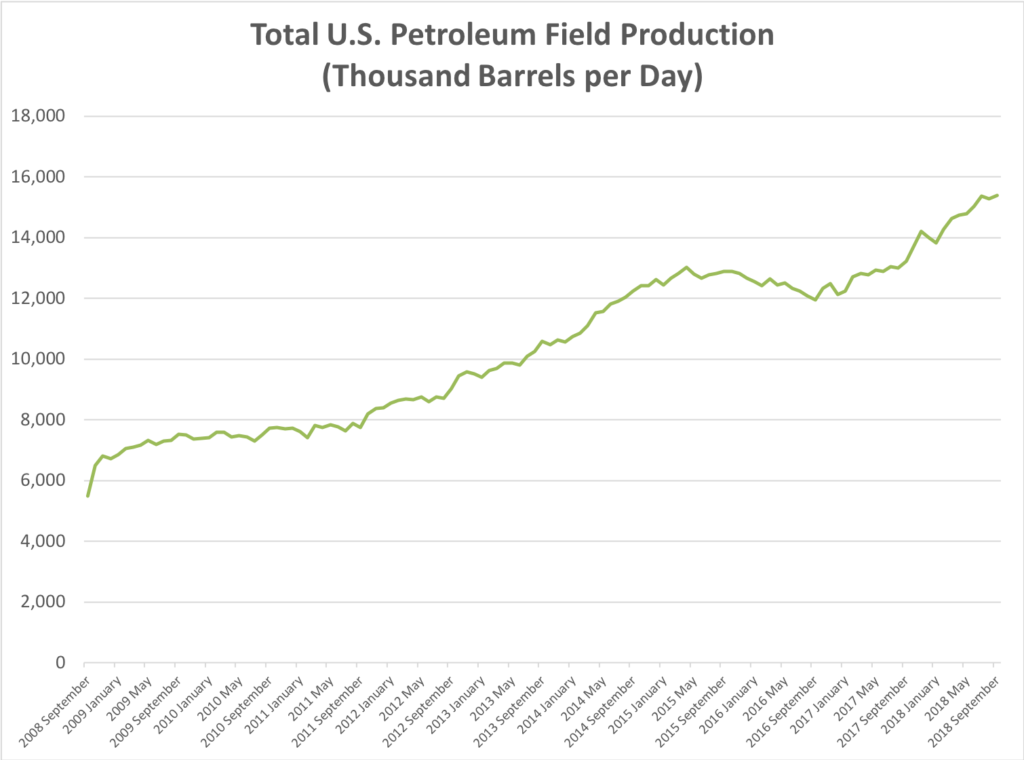 The technology to drill these wells kicked in to overdrive when oil prices crashed in late 2014. Faced with cratering margins and laced with high yield debt, E&P companies decreased the time to drill a well from about a month to less than 10 days. The speed and ingenuity of these advances is something that could only happen in the U.S. and in the energy sector. I’ve lived in Louisiana long enough to encounter the intense drive and resiliency of those involved in oil and gas exploration.

In my opinion, the bigger story here is natural gas. Natural gas is a cheaper, cleaner alternative to coal and other petroleum products. It is used in electricity generation and to power large chemical plants. It can also be used to fuels truck and cars. You may have noticed natural gas powered buses and taxis in cities such as: Los Angeles, Chicago, and San Francisco.

Bottom line, we have tons natural gas and can produce it cheaply, and the rest of the world wants our cheap gas. In order to export natural gas overseas, it must be cooled and condensed in to a liquid known as liquified natural gas (LNG). The U.S. is expecting so much natural gas to come out of Marcellus-Utica, that the entire energy infrastructure is being reconfigured to pipe it from Marcellus in the northeast to LNG export facilities in Louisiana, Maryland and Texas. We are approaching the first time in history that the northeast has produced more gas that it consumes. They are literally turning the directional flow of pipeline infrastructure to move gas down south, rather than routing it to major cities up north. 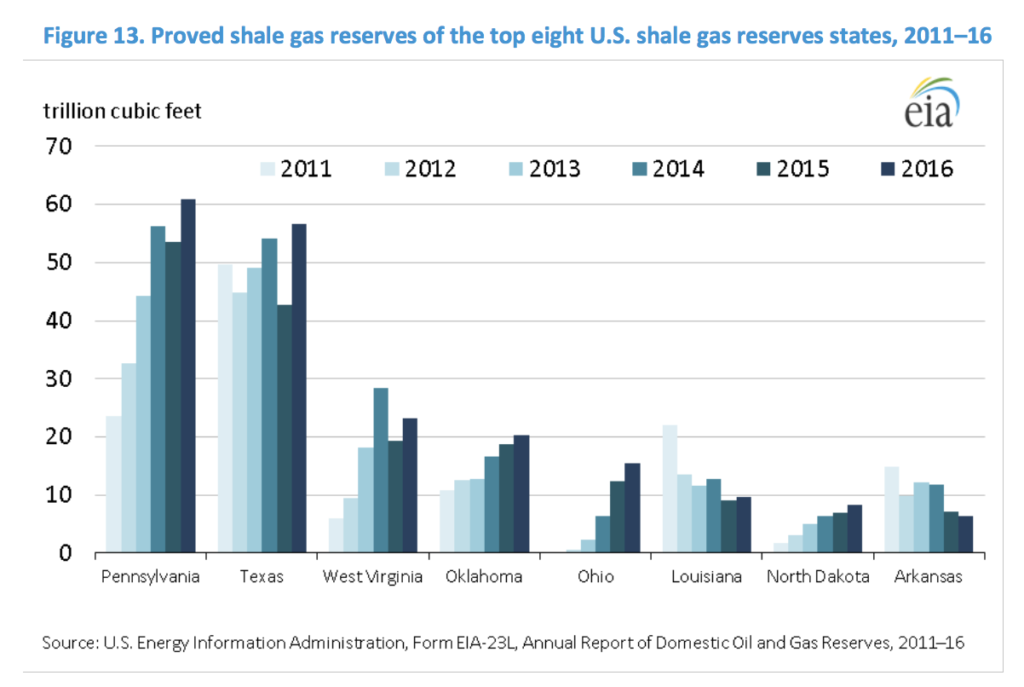 Renewables on the Rise, Still to Small

Renewable sources of energy are growing, too. But solar and wind power make up a small portion of renewable energy production. Hydroelectric energy created by dams and biofuel from ethanol and wood are the two largest components of renewables.

The U.S. is fast approaching energy independence, a concept unfathomable two decades ago. We are expected to overtake Qatar as the largest exporter of liquified natural gas. The growth of U.S. oil and gas production is a huge opportunity for our economy and our foreign policy in the coming decades. American energy should not be overlooked, ignored, or brushed aside.