My yoga teachers have often spoken of the benefits of a Beginner’s Mind. A student new to yoga, or any other discipline, approaches postures and sequences with no preconceived ideas and a healthy curiosity. There are no mental obstacles to block information and wisdom that can be obtained from learning the new pose. After practicing ashtanga yoga for nine years, I have repeated the same yoga postures hundreds, possibly thousands of times. But I learn something new about the posture, my body, my breath, or my mind almost every day. On good days, I remember to strive for that Beginner’s Mind. 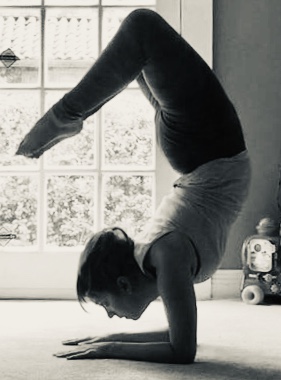 In Zen Buddhism, Shoshin – The Beginner’s Mind, “refers to having an attitude of openness, eagerness, and lack of preconceptions when studying a subject.”

One of the greatest challenges for investors is identifying blind spots, the things we don’t know that we cannot see. Blind spots can cause the smartest, most talented investors to make major mistakes. Just as a blind spot in a car can cause a driver to crash, blind spots cause investors to take risks they didn’t even know were there.

Investment committees go to great lengths to uncover blind spots. Former PIMCO Co-CIO Mohamed El-Erian said the firm hired consultants to help identify factors that would help remove blind spots. Their conclusion – diversity, specifically gender diversity, of investment committee members was the most effective factor. Ray Dalio, founder of Bridgewater Associates, the largest hedge fund in the world, encourages radical open-mindedness and radical transparency among his investment team. Employees are expected to identify the counter-argument to every proposed investment and to openly critique each other’s ideas.

There is a technique known as a pre-mortem, in which an investment committee imagines that a decision has already been implemented and failed. The point of the exercise is to envision that something has already gone wrong and to explain why, rather than to guess what might go wrong. Pre-mortems help groups overcome the tendency to exhibit groupthink – where all members converge in thought agreement and fail to identify potential risks.

The outcomes of an investment strategy involve a substantial amount of luck. I attended an educational workshop at Dimensional Fund Advisors early in my career. There were between 100-150 advisors in the room. We were all asked to pull a coin out of our pocket (or purse! there were a few other women in the room) and stand up. We all flipped our coins, and anyone who got tails was asked to sit down. We repeated the coin flip about 8 times, until there was one person standing in the room. He had flipped a coin that landed on heads 8 times in a row. The speaker asked us all to give this advisor a huge round of applause because he was the active manager who had just beat the S&P 500 Index every year for 8 years in a row. The point of the exercise was to illustrate that in groups of large numbers, like the universe of active fund managers, it is entirely possible for someone to have outstanding investment success solely by being lucky.

Of course, skill can tip the balance in an investor’s favor. But even investors with decades of experience and deep intellectual knowledge can benefit from applying a Beginner’s Mind to each decision, if for no other reason than to safeguard against blind spots. After 16 years helping individuals make investment decisions with their life savings, I am humbled by my inability to forecast what the market will do next week, next month, or next year. Returning to the Beginner’s Mind helps me stay curious and receptive to information I missed before. It requires a degree of humility that does not easily translate in the type-A dominated world of Wall Street. But it just may be the solution we were missing.