Last fall, an editor of the Times Sunday Review, Talmon Smith, contacted me about writing an essay for the paper. He read my post harping on the lack of women in the financial advice industry and asked me to take a second crack at the topic. When I regained consciousness, I said yes. I mean, the NEW YORK TIMES, a dream becoming reality.

A few weeks later, I emailed him 1,200 words that I’d mulled to death. After a thorough editing process, it became a cohesive argument on why the world needs more women financial advisers. The title (chosen by the paper, not me) was provocative, “Consider Firing Your Male Broker”. I came out swinging. Here’s a link to the piece.

The title was tongue in cheek and meant to attract eyeballs. It did. Over the past 72 hours, I have heard from hundreds of former classmates, colleagues, and friends who read the article. Paul Smith, President and CEO of the CFA Institute, emailed me asking permission to share it on social media. Several financial services colleagues asked me to be a guest on podcasts and radio shows. I received media inquiries from Yahoo and CBS.

This morning, I found out the article was printed in the physical copy of the New York Times! And then I got the email. CNBC asked me to appear live on The Exchange with Kelly Evans. It was my first national television appearance. Here’s the clip.

Some criticized the use of the term broker, which applies only to registered representatives of brokerage firms, commissioned sales agents. Those of us who work for independent RIA firms are advisers who adhere to a fiduciary standard. That is a different and equally important topic for an NYT op-ed. Maybe they will let me write it. Bottom line, the investing public uses the words broker/advisor/adviser interchangeably. They do not know the difference, and the article met them where they are.

Other criticism revolved around the use of research on investment performance to justify the argument. In my mind, the research was not central to the thesis there should be more women advisors. Barber and Odean found that among individual investors, women outperformed men because the traded less often and incurred less trading costs. That information is fascinating and led to additional work on the affect of overconfidence on investment performance. It is not the sole basis of my argument, merely additional ammunition.

Less than 20% of financial advisors are women, a statistic that has not changed in the 15 years I have been here. It’s about time for more. 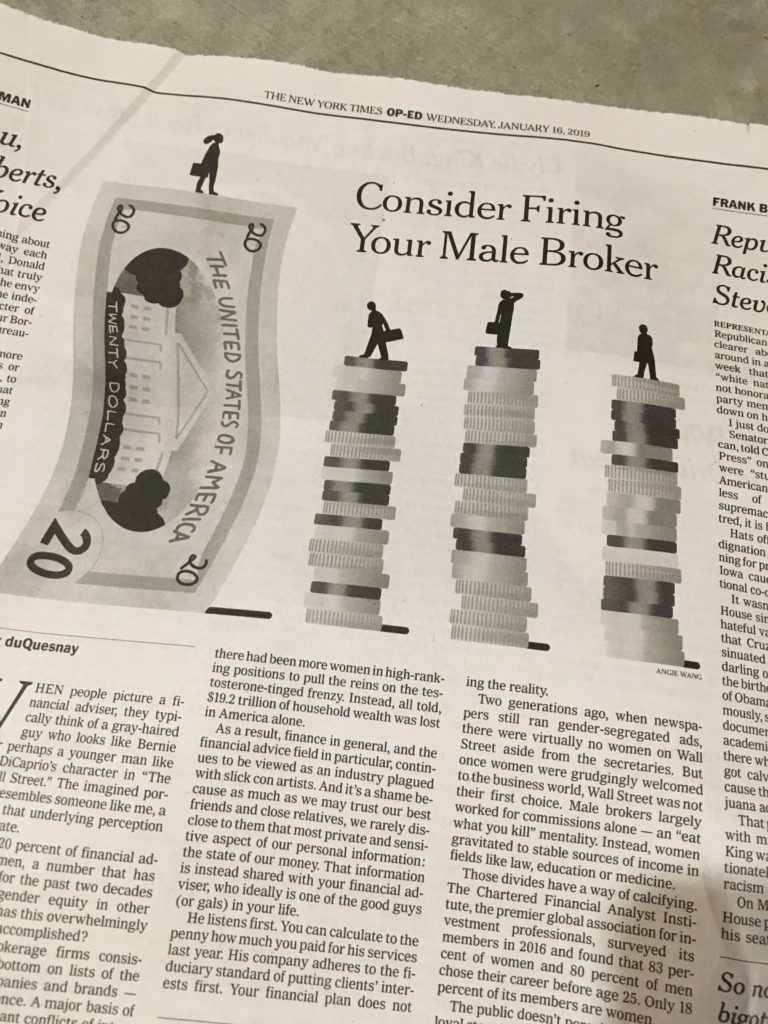 A bought every copy of the paper at my local coffee shop. Here it is IN PRINT! 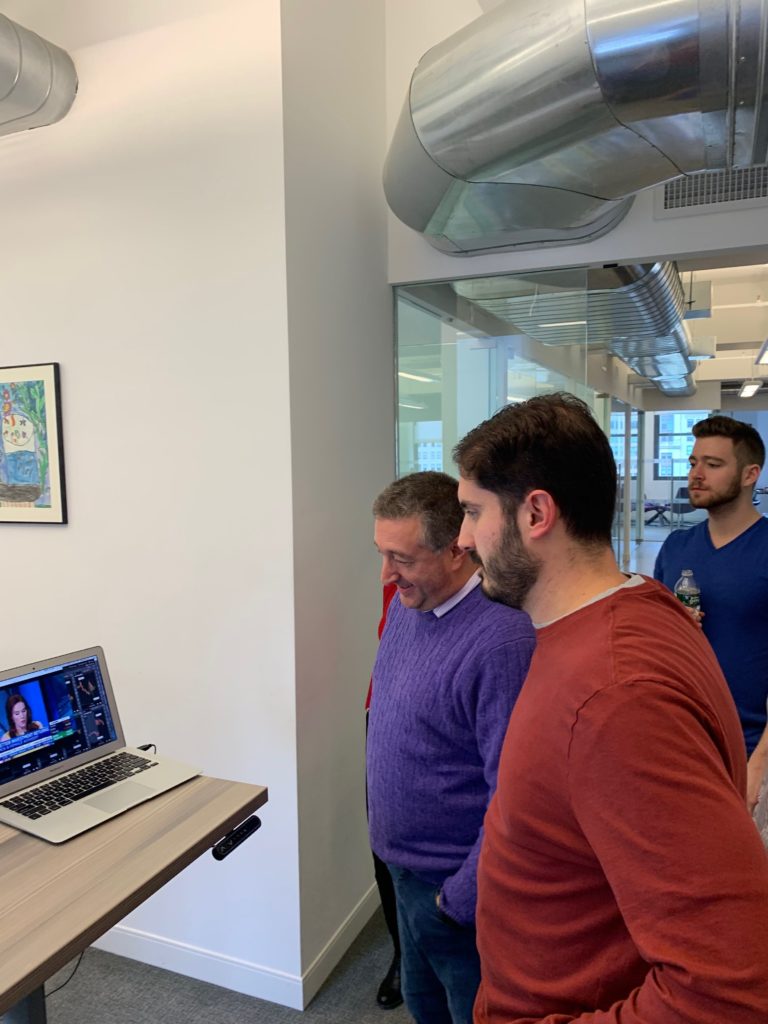 Barry, Kris, and Alex watching me live in CNBC. 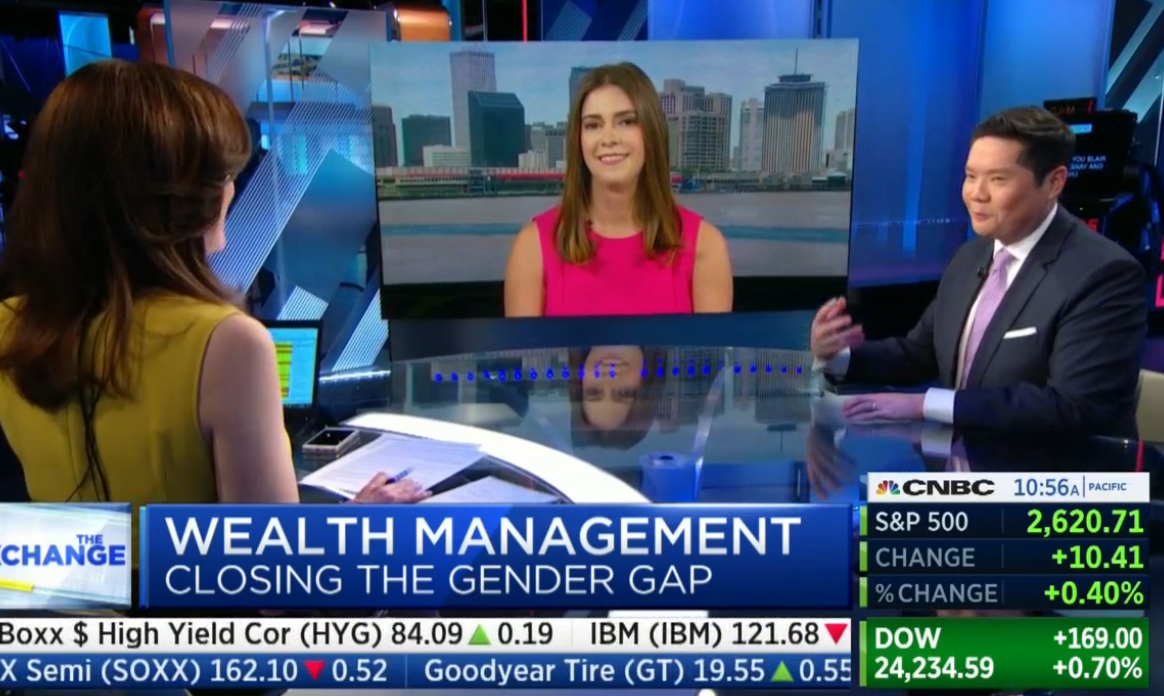 New Orleans and the Mississippi River behind me as I discuss the op-ed with Kelly Evans and Dominic Chu of CNBC.