I get the impression there are a lot of investors sitting on cash. They are nervous about investing in the stock market. No one wants to invest at the top of the market, and everyone is expecting a crash. Although the benefits of investing today have been written about repeatedly here, here, and here, the data is not powerful enough to encourage people to come off of the sidelines.

Do you remember your first middle school dance? I think I was in the 6th grade when a classmate hosted the first dance one Friday evening at her church. It was awkward. The girls stood on one side of the room and the boys on the other as we nervously ignored the fact that no one was dancing. Eventually, a brave boy walked across the room and asked the most popular girl to dance. A trickle of boys followed suit and there were a handful of couples on the dance floor while the rest of us gawked silently. I’ll never forget the relief when I was finally asked to dance, avoiding the horror of becoming the last girl standing.  It is similar to waiting to be selected for the kickball team at recess. No one wants to be last.

Why don’t we feel the same nervousness sitting on the sidelines of this market?

When markets are trending higher, we are supposed to feel the tug of greed and a little FOMO (fear of missing out). But this bull market is different. It has been described as the “most hated bull market in history“. Ignoring the fact that there have been two 20%+ declines since 2009, the S&P 500 Index is up 339% since the March 2009 lows. It is also up 18.4% so far in 2019. Sitting on the sidelines has been a mistake, yet investors are afraid to jump in the water.

Do you think you will feel any better about buying stocks if they drop by 20% or more? If yes, then did you buy last December when the market was tanking? Why not? The market dropped 20% between late September and Christmas Eve. If that wasn’t a buying opportunity, what will be?

Speaking of sidelines, Saints quarterback Teddy Bridgewater was asked to step in to the second game this season when Drew Brees went out with a thumb injury requiring surgery. The Saints did not recover to win that game, and Bridgewater struggled, completing 17 of 30 passes for 165 yards. Bridgewater found his stride the following week against the Seahawks and has led the team to four straight victories. This is not Teddy’s first blush with coming off the sidelines. During his rookie season with the Minnesota Vikings, he entered in the third game after starting quarterback Matt Cassel was injured. Bridgewater started the rest of the season, throwing for 2,919 yards with 14 passing touchdowns. 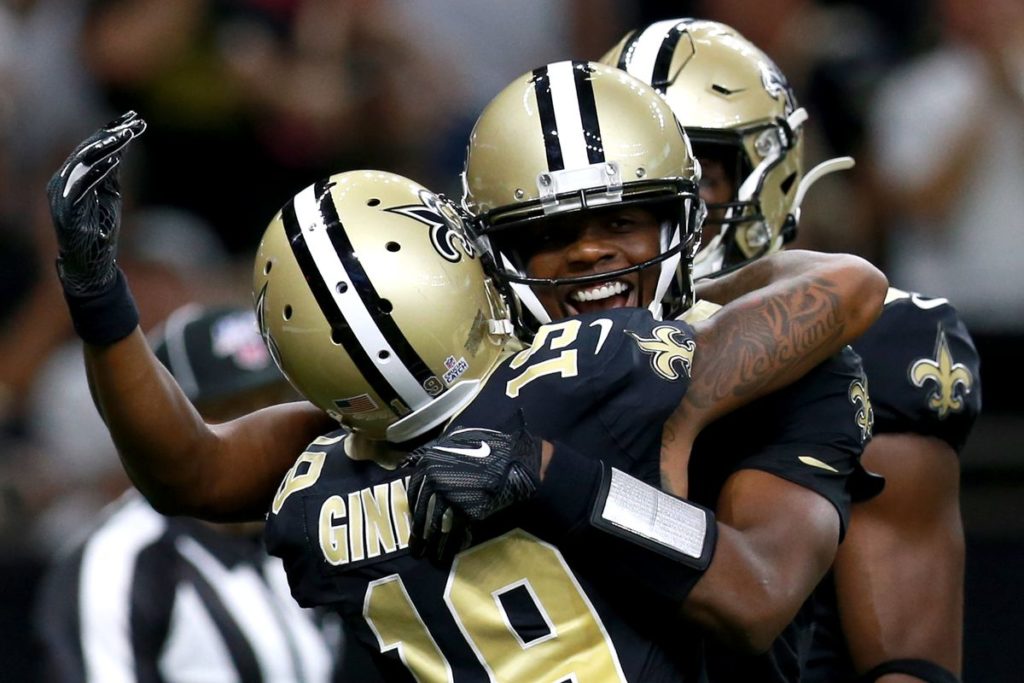 Sitting on the sidelines is not fun. It is not supposed to be fun. While you might have a rocky start, the outlook for your future improves by being in the game rather than on the sidelines. There are no guarantees the market will pullback this month, this year, or next year. Even if it does, you are not going to feel less nervous about buying. Cash is guaranteed to lose value to inflation over time. Do you prefer a certain loss to a likely gain?

I don’t know what will get nervous investors to take that leap of faith. I doubt this blog post will be their impetus. But I know that waiting for a market correction creates a false sense of security. If the market continues to go up, there will be regret and further hesitation to invest. If the market goes down, there will be paralyzing fear and hesitation to invest. That sounds like lose – lose scenario to me.