65% of individual taxpayers received a tax cut last year, according to the Tax Policy Center. Only 6% saw a tax increase, and the remainder saw little or no change in their tax bill.

This tax season, I read article after article about taxpayers distraught over smaller refunds. Most taxpayers owed less tax in 2018, but they don’t believe it. They feel the exact opposite because of how and when the tax cut was delivered. Instead of a large refund, taxpayers got a little more in each paycheck. That small increase in monthly take home pay pales in comparison, psychologically, to a larger refund check. The average tax savings was $780 which amounts to $30 in a bi-weekly paycheck. Would you notice it?

Many Americans have been using the Treasury as a forced savings mechanism, and they’re not happy it didn’t pan out as planned this year. A tax refund is an interest free loan to the U.S. Treasury. Taxpayers accomplish this by withholding too much from their paycheck or making high estimated payments. Since tax bills are not known with precision in advance, it makes sense to pay a little more throughout the year and receive a refund rather than owe interest and penalties for underpayment. Withholding options for W2 employees are generic and cannot account for every nuance in a tax return.

From a purely rational perspective, no one should desire a tax refund. It represents dollars you could have placed in an interest bearing savings account or used to payoff high interest debt.

Americans budget in anticipation of their tax refund. This mental accounting exercise earmarks refund dollars for credit card balances, vacations, new cars, appliances, college tuition, or just about anything. Many taxpayers found out only after filing their return, that the refund was not coming or was smaller than expected. The tax refund is so powerful that it caused cognitive dissonance. The gap between the number of Americans who received a tax cut and those who believe they did is as high as 40%. 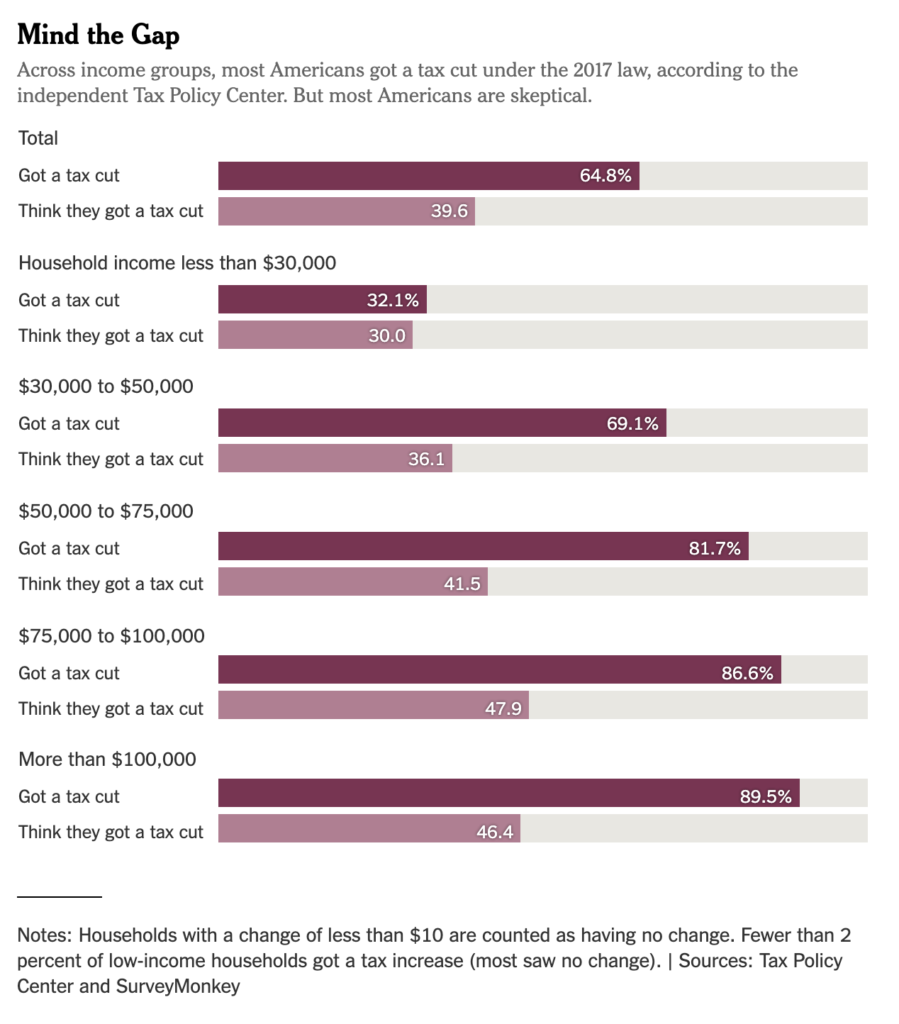 In the seminal behavioral finance book, Nudge, Richard Thaler and Cass Sunstein make a case for institutions to build choice architecture that “nudges” people to make good decisions that they would not otherwise make on their own. The book is credited with sparking positive changes in 401(k) retirement plans, with employers adding automatic enrollment and qualified default investment alternative (QDIA) options. These options increased employee participation in 401(k) plans and ensured their long-term savings did not default to low-yielding cash.

I can’t help but think of the tax refund as an accidental nudge. That nudge gets millions Americans to put aside money for large, one-off expenses. It may not be a perfect solution, but it was working for many families. If there is anything to learn from the outrage over refunds this year, it is the power of behavioral nudges. Let us hope future public policy utilizes positive behavioral nudges more deliberately.