Warren Buffett is arguably the greatest investor of all time, to date. His track record is undeniable. Between 1965 and 2020, Berkshire Hathaway stock had an average annual return of 20%, almost double the return of the S&P 500 Index. Of course, we all know he’s the GOAT now, but how would investors have evaluated his track record at various points in history, not knowing the end result? And what can this teach us about selecting investment managers based on their historical track record of performance?

One of the things I love about investing is that there is no one, single, right way to invest. There could be hundreds of strategies that will get you to the finish line. The trick, however, is to pick one that you can stick with. Why? Because every disciplined strategy, by definition, will have its moment of underperformance. Warren Buffett is no exception to this rule. There are several times when Berkshire Hathaway trailed the S&P 500 for many years, sometimes by wide margins.

Let’s take a look at an example.

During the irrational exuberant period of the late 1990s, Buffett’s common sense, value investing strategy was out of favor. Valuations meant nothing to investors who couldn’t get enough of hot, new internet stocks. The world was changing, didn’t you hear? Earnings meant nothing, and book values were useless.

Imagine you were an investor considered this money manager in January of 2000. You do not know that the manager is the famous Warren Buffett. Or maybe you do, but you believe the headlines that say his form of value investing is dead. Would you hire him after reviewing this performance information? If you’re being honest with yourself, probably not. 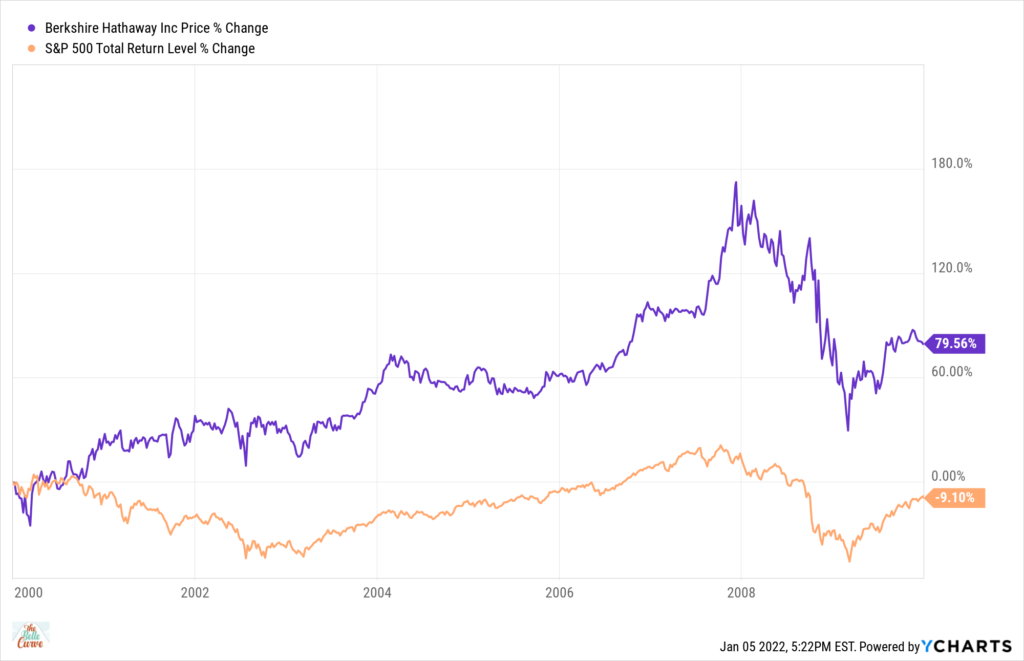 Your eyes do not decide you. The almighty S&P 500 Index had a negative -9.10% during those years. It was famously called “The Lost Decade” for stocks in the press. But the decade was not bad for value investing, especially for Warren Buffett. His stock was up almost 80% during that time frame.

Now pretend you are an investor looking to hire this money manager in 2010. His performance track record looks amazing, not only over the last decade but also since its inception back in 1965. I bet you would feel confident investing in this strategy at that time. Remember, you have to suspend disbelief in this exercise and pretend you don’t know this is Warren Buffett. 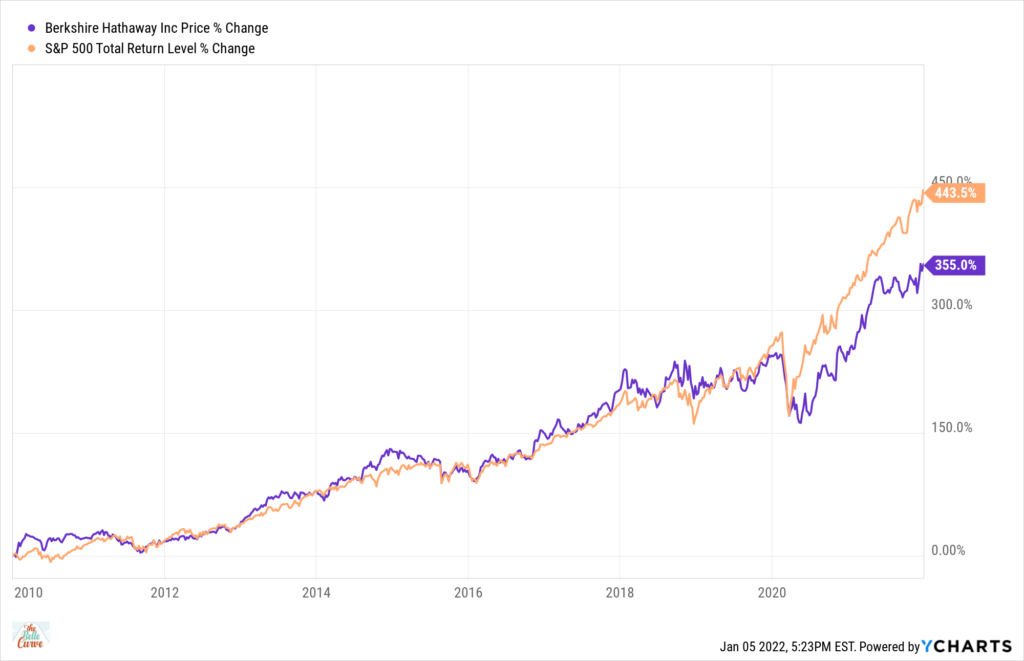 This has been an incredible bull market for stocks, but unfortunately, Berkshire Hathaway has underperformed, especially since the pandemic began. 355% That decision you made in 2010, the one you were so confident about given the track record, didn’t perform as you had hoped.

This is the fallacy of using past performance to make investment decisions. What worked yesterday is likely to be out of favor tomorrow. And neither of these things means it is a good or a bad investment strategy. What does matter? We call it the Four Ps: People, Philosophy, Process, and Price. As an investor, the most important part of your decision is selecting an investment strategy that you believe in, one that you will stick to when times get tough. As you can see from the charts above, hiring Warren Buffett at the worst time can feel like a mistake. But we all know how the story ended. Investors who were able to stick with him through the hard times were handsomely rewarded.