Last Friday, the yield curve for U.S. Treasuries inverted. Three-month T-Bills had a slightly higher yield (2.46%) than 10-Year Treasury bonds (2.44%). That sounds crazy because it is. The inverted yield curve made national news because yield curve inversions have preceded the last nine economic recessions.

Was there ever an inverted yield curve w/o a US recession?

I remember the last time the yield curve inverted in 2006.  I remember justifying in my head why “this time it’s different” and we wouldn’t get a recession. Boy was I wrong. We experienced the deepest economic recession since the Great Depression in the 1930’s. Of course, my personal experience is an availability bias. That yield curve inversion is the only one I have experienced as a professional investor. The inverted yield curve neither caused nor predicted the subprime mortgage crisis. It was merely a market occurence adjacent to the event.

However, when I hear “this time it’s different” because the Fed Funds rate is so much lower today than in previous yield curve inversions, my skin crawls. Why does to level of interest rates make it any less crazy that 3-month bond yields are higher than 10-year bonds yields?

If anything, the low Fed Fund rates is scarier. At 2.25%, the Fed doesn’t have much ammunition to loosen monetary policy in the next recession. The Fed’s balance sheet is barely below $4 trillion. Their balance sheet reduction strategy will be halted in a few months, and they’ve barely made a dent. How large is the Fed willing to grow the balance sheet in the next crisis? 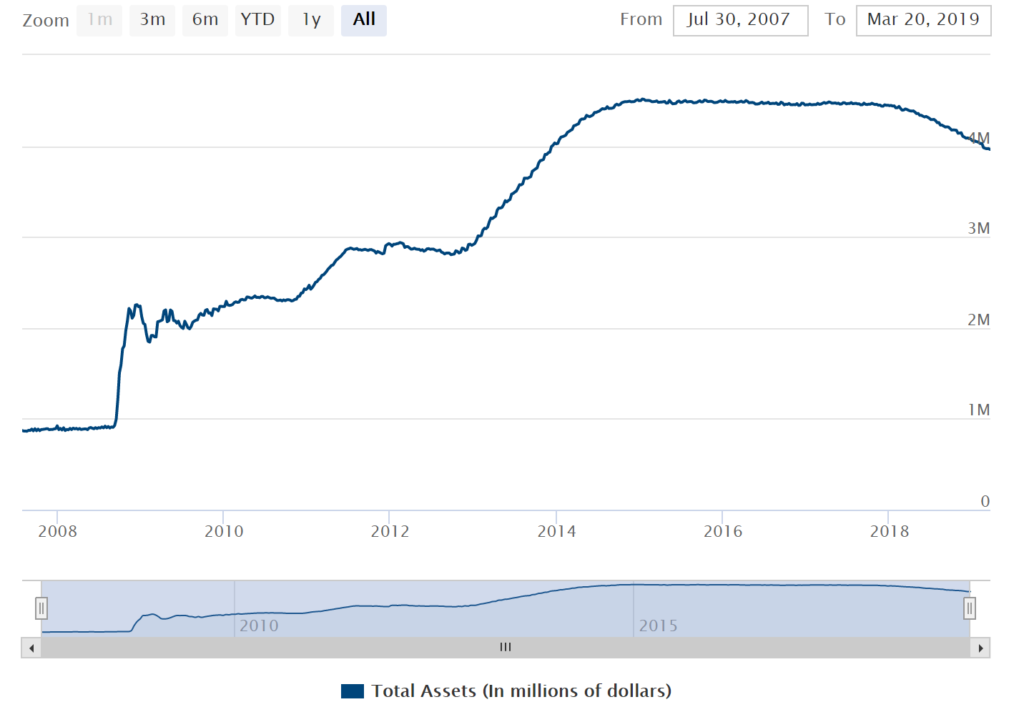 On the other hand, the cyclical sectors of the U.S. economy are not overheated. We don’t have far to fall, in theory, if we do get a recession. Home and vehicle sales are below historical averages, and inventories and business investment are not a boom levels. So, while there are signs of an economic slowdown, you might expect any recession to be mild. 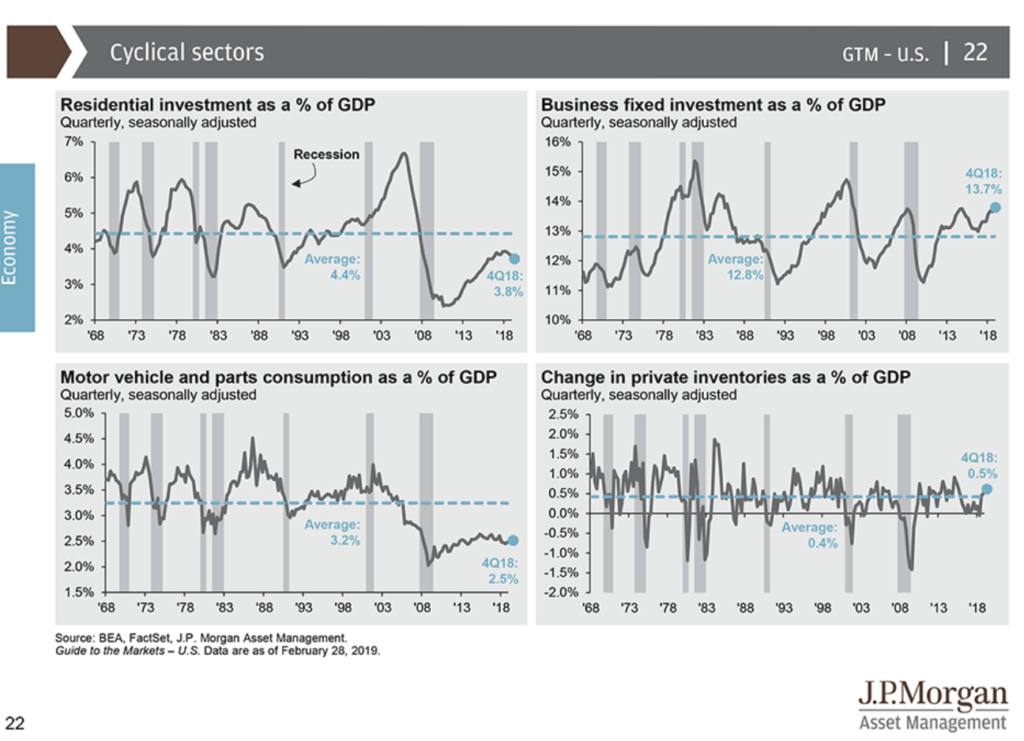 Further, the economy is not the stock market, and we can’t time either. Charlie Bilello shared another chart listing the number of months between an inverted yield curve and a recession. It ranged from 8 – 24 months with an average of 14 months. But even if we knew for sure that an economic recession would occur in exactly 14 months, that doesn’t mean we know when the stock market will roll over and/or recover.

Yes, an inverted yield curve is a gloomy indicator. Bond investors don’t feel good about economic growth. Maybe they are right. Maybe they are wrong. Differences of opinion are what make markets work. There will always be a reason to be worried about the stock market. Without risk there can be no reward. My advice to clients doesn’t change. It would be riskier to try to predict market moves than to remain invested in a diversified portfolio matching their risk profile.