I have refrained from providing a weekly link fest as many of my colleagues do (see here, here, here, here, and of course here) because I wasn’t sure I had anything new to add. But for the past few weeks, I’ve been keeping track of all the great content I read about women – as advisors, as professionals, and as clients. This week, I am confident there will be enough content on a regular basis to start a link post.

I realize most of my readers are men, and my hope is that this will bring something new, perhaps even refreshing, to your screen each weekend. I would love to hear and welcome your feedback. So, without further ado, here is the first installation of This Week in Women from The Belle Curve.

Women at Ernst & Young Instructed on How to Dress, Act Nicely Around Men

Women’s brains absorb information like pancakes soak up syrup so it’s hard for them to focus, the attendees were told. Men’s brains are more like waffles. They’re better able to focus because the information collects in each little waffle square.

Suddenly Single: How to Plan with Female Clients

Barbara Stewart for The Enterprising Investor at CFA Institute

My calculation is that 90% of married women will end up needing to manage their own finances at some point due to divorce or widowhood.

Millennial Women are Afraid of Motherhood. But It’s Not Why You Think.

Ann Shoket at The Riveter

Here’s the bottom line: Millennial women are afraid of losing control — of their jobs, of their finances, and of their freedom to craft a career that they love.

In 2018, female full-time, year-round workers made only 82 cents for every dollar earned by men, a gender wage gap of 18%. Only ~16% of women negotiate after receiving an initial job offer.

I want to personally thank Sonya for interviewing women in the financial service industry and offering them the chance to share their stories safely and anonymously if desired.

Despite being an accomplished executive and public speaker, I was offered a speaking slot at a conference only if I agreed to write name tags at the conference registration desk.

New York’s Central Park has 23 statues of men, who left their mark in history, but not a single one honoring the accomplishments of a woman.

That will change after a city commission voted on Monday to erect a monument depicting three pioneers in the fight for women’s rights: Susan B Anthony, Elizabeth Cady Stanton and Sojourner Truth. 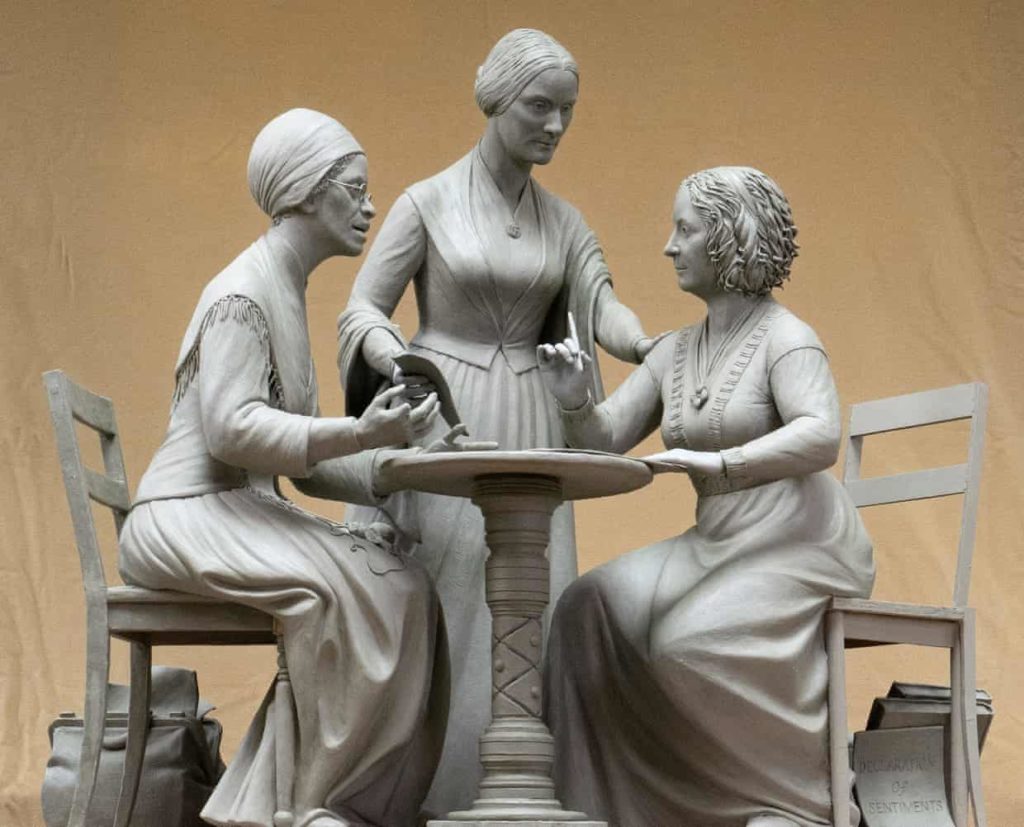 I Can’t Save You

Doug eloquently describes what I’ve heard from a lot of men in our industry who feel helpless to solve the problem of gender imbalances, discrimination, and outright bad behavior.

In order to be an ally, I’m learning that my actions will likely go unnoticed, except by those who want my support. I’m realizing that it may never be my place to sound off on certain issues despite how upset I am for someone else’s affliction. Instead, I need to slow down, listen and learn about the issues from those with actual skin in the game.

The Motivating Power of Staying Pissed Off

Sallie Krawcheck, founder of Ellevest gives a refreshingly honest about her career on Wall Street and what she is currently doing to change the gender gap in investments at her firm.

Also, I never worked for a Todd. Who’s Todd? Todd is that middle manager who’s so terrific and nice and has a daughter and talks about unconscious-bias training classes but, still, he just never promotes a woman. Some of the women in my business-school class got caught working for predators, but more of them got caught working for a Todd. It’s just luck that I didn’t.