This Week in Women will be LIVE on Instagram on Monday at 4pm ET / 1pm PT. I am super excited about this week’s guest, Emilie D. Hill, CFA.

Emilie Dayan Hill, CFA is a principal and portfolio manager at ZWJ Investment Counsel in Atlanta, GA. On social media she explores money, wellness, and how the two intersect. She is a mother, wife, and dog-mom. She is a member of and volunteer with the Junior League of Atlanta and the Midtown Atlanta Rotary Club.

The 105th Indianapolis 500 is about to run — and this year’s race could mark a first. Over the years, only nine women have driven in the marquee event. But this time, one of 35 teams competing to qualify is made up mostly of women, including the driver, owner and crew. 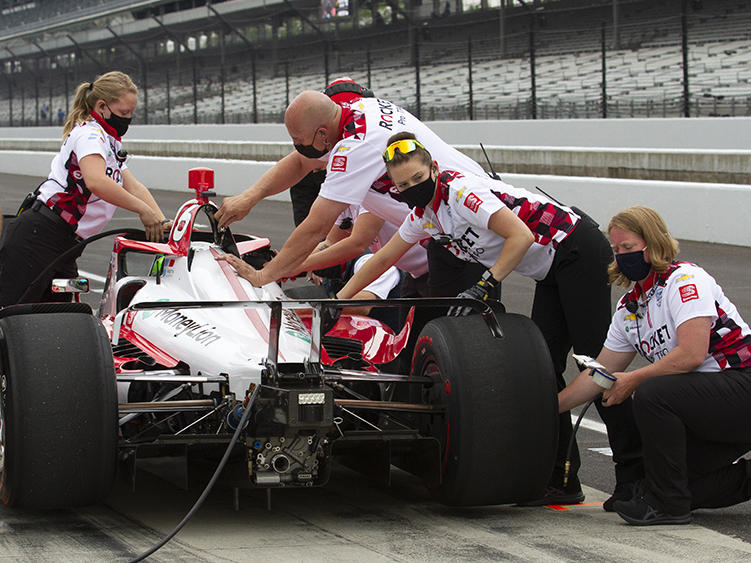 Paretta Autosport crew members work on their car in pit lane at the Indianapolis Motor Speedway during a practice session earlier this week. It could become the first majority-women team to qualify for the Indy 500.
DOUG JAGGERS / WFYI

“Outlawing Roe would create a backlash that would have critical unintended consequences for those who would like to repeal it,” said Senator Jeanne Shaheen, Democrat of New Hampshire and a leading voice in Congress for abortion rights. “The women of the country would be very upset, particularly young women, that there would be such a deliberate effort to limit women’s access to reproductive choices.”

Tulsa massacre survivor, 107, testifies that horror of that day never goes away

“I still see Black men being shot, Black bodies lying in the street. I still smell smoke and see fire,” Fletcher testified. “I still see Black businesses being burned. I still hear airplanes flying overhead. I hear the screams. I have lived through the massacre every day.”

A number of high-profile DAOs have launched in recent months as the fervor for crypto mania increased. Komorebi Collective, launching today, is a new organization founded by women in the blockchain space that will be making investments exclusively in “exceptional female and nonbinary crypto founders,” founding member Manasi Vora tells TechCrunch.