Why women are the MBA minority and how that could change

While law school and medical school have achieved the 50% mark for women enrolled, that has yet to happen in MBA programs. The Forté Foundation, a nonprofit focused on gender parity in business, reports that among its 52 member schools, just 38.5% of full-time MBA students are women. This reflects an undeniable gender gap, but also points to some progress: As recently as 1995, for instance, there were zero female CEOs on the Fortune 500 list.

While male players are allowed to play in tank tops and shorts no longer than 4 inches above the knee, women are required to wear midriff-baring tops and bikini bottoms “with a close fit and cut on an upward angle toward the top of the leg” and a maximum side width of 4 inches, according to International Handball Federation regulations.

The Orioles-Rays game will be called entirely by women for the first time.

“While [it’s] great, and you want to bring awareness, you want to connect with a little girl at home, who loves any sport or anything where they don’t feel like they’re represented for them to see that they can pursue these types of roles,” said Newman, who was the primary broadcaster for the High-A Salem Red Sox before joining the Orioles broadcast team. “But at the end of the day, we just want this to be a good broadcast — quality broadcast — and setting gender aside and everything else that does not determine your ability to do a job.” 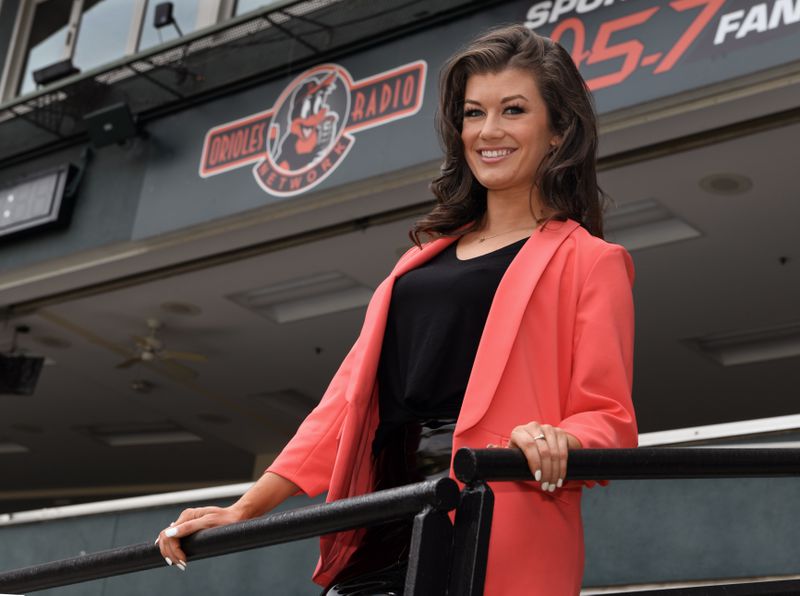 Orioles radio announcer Melanie Newman, the the first woman in team history to be a play-by-play announcer, will call the play-by-play during Tuesday’s Orioles-Rays game, which will make history as MLB’s first all-female broadcast. (Kenneth K. Lam)

Calls to expand the draft to include women have grown in recent years, particularly after the Pentagon opened all combat roles to women in 2015. A congressionally-mandated commission that reviewed the draft also backed the change last year.

Funk, an 82-year-old Grapevine resident and female aviation pioneer who has trained to go into space since 1959, finally accomplished her dream and did it next to the world’s richest man and Amazon founder Jeff Bezos as part of the exciting new frontier of commercial space travel that will soon see more rockets taking off from the West Texas desert.

“Under the FREE Act, we would Free Britney along with the countless number of seniors and persons with disabilities being abused and exploited by the broken system,” Crist said in a statement.