The worst culprits when it comes to panicky selloffs? “Investors who are male or above the age of 45 or married, or have more dependents, or who self-identify as having excellent investment experience or knowledge tend to freak out with greater frequency,” the authors said.

The Facebook Whistleblower, Frances Haugen, Says She Wants to Fix the Company, Not Harm It

The more she read, she said, the more she wondered if it was even possible to build automated recommendation systems safely, an unpleasant thought for someone whose career focused on designing them. “I have a lot of compassion for people spending their lives working on these things,” she said. “Imagine finding out your product is harming people—it’d make you unable to see and correct those errors.” 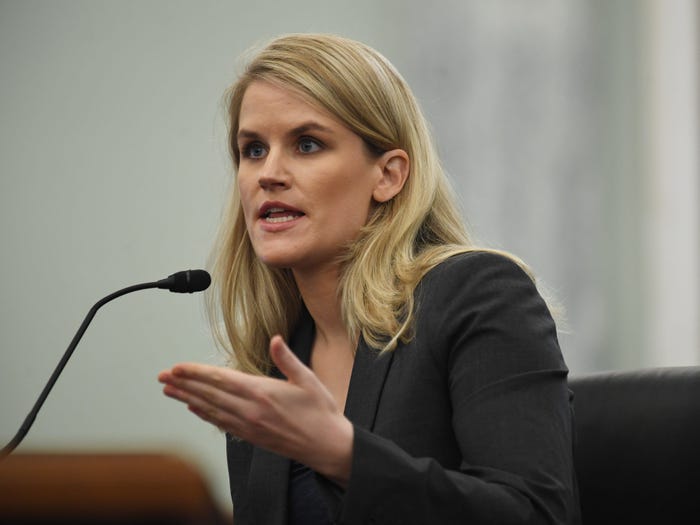 Why women are more burned out than men

For years, she says, she feels like she’s been overlooked for promotions and pay rises at work on account of her gender, particularly after becoming a mother in 2018. Since then, she’s picked up the brunt of childcare responsibilities because her husband, who is a banker, has tended to travel more frequently for work. That, she adds, has given her a misguided reputation among her colleagues and managers – the majority of whom are male – for not being professionally driven.

I’m focused on one simple thing: How do you make sure families are successful, they’re nurtured, they’re developed and you have the resources to take care of the families? It’s a very narrow agenda that I’m focused on.

The Simplify Health Care ETF (PINK), launched today, is an actively managed healthcare-sector offering that will be piloted by a longtime hedge fund portfolio manager who spent decades running healthcare equity portfolios. That will provide a rare active-sector option in a sea of mostly indexed products.

But what makes PINK stand out even further is that most of what investors pay to be invested in the ETF will end up going to charity.

What Slack Does for Women

In short, I love Slack! It’s a great tool for women who just want to get through the workday without worrying too much about how they’re “coming off.” A fellow female reporter once told me ruefully that if a woman behaved as “quirkily” as all the prominent “quirky” men in media, she’d get fired on the spot for being crazy. Now there’s no danger of that happening, because we can all keep our quirks to ourselves while typing “Interesting idea! 🙂”