House Votes to Eliminate Deadline on Adding ERA to Constitution

The effort to pass the ERA has seen a revival as of late, as more state legislatures have voted to ratify the 24-word amendment to the Constitution that says “equality of rights under the law shall not be denied or abridged by the United States or by any state on account of sex.” 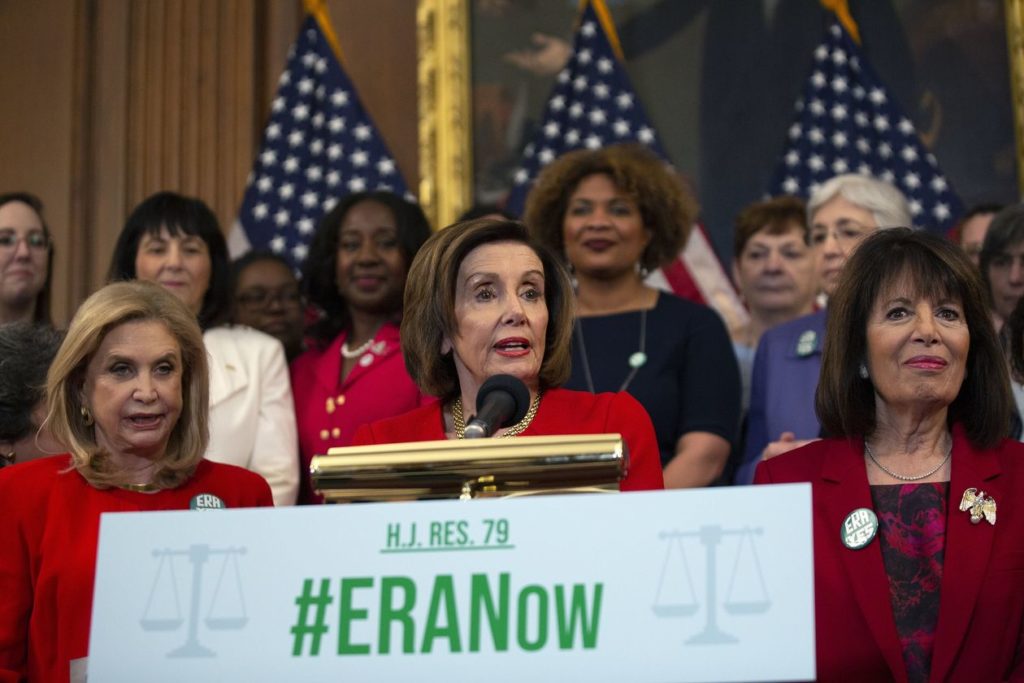 This 2006 study finds that “the benefits of having women on a corporate board are more likely to be realized when three or more women serve on a board. While even one woman can make a positive contribution, and having two women is generally an improvement, corporations with three or more women on their boards tend to benefit the most from women’ s contributions.

Where Are All the Women CEOs?

Women promoted into C-suites—the “chief” jobs in companies—on the other hand, often fill roles such as head of human resources, administration or legal, according to an analysis for the Journal by Equilar Inc., a research firm that collects data on executives and boards. Though important functions, the jobs don’t have profit-generating responsibility, and are rarely a path to running a company.

Happy #WomenInScience day!!! We are so proud of our exceptional women here at NASA. https://t.co/1OzLRWJQ6v pic.twitter.com/pB1F5xISUu

‘Little Women’ is Unlikely to Win Best Picture. That is Exactly Why it is Important.

The Oscars have a long history of being called out for a lack of diversity. This year, no woman was nominated for best director, and only one best picture nominee focused on a female cast: “Little Women.” This comes at a time when the number of women working both behind and in front of the camera has reached historic highs.