This Week in Women will be LIVE on Clubhouse with Perth Tolle, Founder of Life + Liberty Indexes. Monday, May 3rd at 4pm ET / 1pm PT

Perth Tolle is the founder of Life + Liberty Indexes and creator of the Freedom 100 EM Index (FRDM index). Prior to forming Life + Liberty Indexes, Perth was a private wealth advisor at Fidelity Investments in Los Angeles and Houston. Prior to Fidelity, Perth lived and worked in Beijing and Hong Kong, where her observations led her to explore the relationship between freedom and markets.

President Joe Biden noted the historic development at the very opening of his address. After taking the podium, Biden greeted the two women standing behind him with a “Madam Speaker” and “Madam Vice President.”

He then declared, “No president has ever said those words — and it’s about time.” 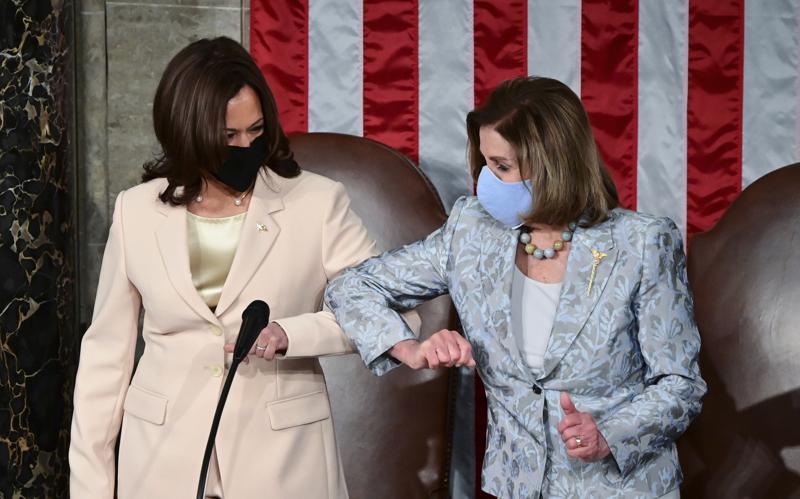 Not only did the Chinese government ban the Oscars broadcast, thanks to the nomination of a short documentary highlighting the brutal repression of pro-democracy protesters in Hong Kong, censors also scrubbed news of Zhao’s win from Chinese websites and social media platforms.

For the past 20 years, Kabul has become a place where women can walk freely, where they’re not forced to wear the burka or be accompanied by a male relative — those basic freedoms may soon be under threat once the U.S. withdraws.

“Economic fallout from the Covid-19 pandemic is having a harsher impact on women, who are disproportionately represented in sectors offering low wages, few benefits and the least secure jobs,” said Gabriela Bucher, executive director of Oxfam International. “Instead of righting that wrong, governments treated women’s jobs as dispensable — and that has come at a cost of at least $800 billion in lost wages for those in formal employment.”

Workers could get 12 weeks of paid leave under Biden’s plan.

Currently, companies with 50 or more employees are required to provide up to 12 weeks of unpaid time off, thanks to The Family and Medical Leave Act of 1993. But the U.S. is one of the only countries that doesn’t guarantee workers paid time off when they’re having a new child or dealing with an illness.