The news took my breath away. America’s greatest champion for gender quality, Ruth Bader Ginsburg, has died. There are no words to do her justice. As I rocked my baby girl to sleep tonight, I promised to tell her about this wonderful woman. Thank you Justice Ginsburg, thank you. 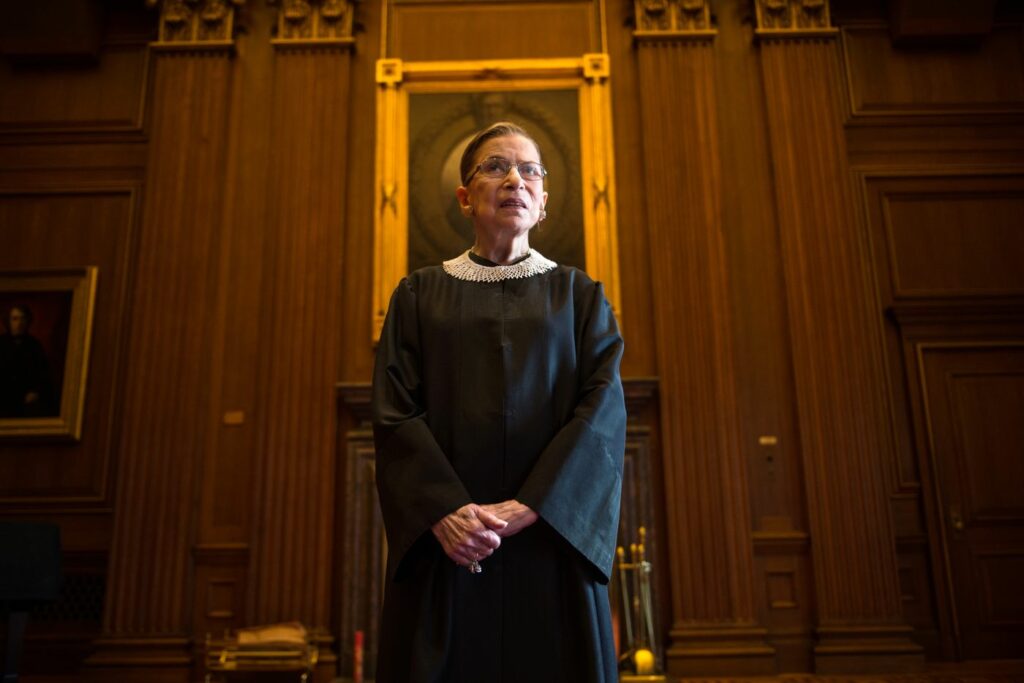 Just days before her death, as her strength waned, Ginsburg dictated this statement to her granddaughter Clara Spera: “My most fervent wish is that I will not be replaced until a new president is installed.”

Harvard Law School was a challenge for women even in the best of times. There were no women on the faculty. During Ms. Ginsburg’s first year, the dean, Erwin Griswold, invited the nine women in the class to dinner and interrogated each one, asking why she felt entitled to be in the class, taking the place of a man. Ruth stammered her answer: that because her husband was going to be a lawyer, she wanted to be able to understand his work.

NPR: “Do you have any regrets?”

RBG: “I think that I was born under a very bright star.”

We do too. Thank you, Justice Ginsburg. pic.twitter.com/vRk49IyVDq

Ruth Bader Ginsburg, a pioneering justice on the Supreme Court, dies at 87

“The genius of this Constitution is that, over the course of now more than two centuries, ‘We the people’ has become more and more inclusive,” she said in a 2014 interview with The Wall Street Journal. “So it includes people whose ancestors were held in human bondage. It includes Native Americans, who were not part of ‘We the people,’” when the charter was ratified, she added.

“And, at last in 1920, half the population, women,” were brought within the polity through the 19th Amendment, she said.

My statement on the passing of Justice Ruth Bader Ginsburg

Over a long career on both sides of the bench — as a relentless litigator and an incisive jurist — Justice Ginsburg helped us see that discrimination on the basis of sex isn’t about an abstract ideal of equality; that it doesn’t only harm women; that it has real consequences for all of us. It’s about who we are — and who we can be.

The death of Justice Ruth Bader
Ginsberg is a terrible blow. We mourn her loss, and salute her phenomenal career. She was a trailblazer and an inspiration, and a tireless champion for true justice. #RIPRBG pic.twitter.com/9OeGNcF1bA

At the core of Justice Ruth Bader Ginsburg’s extraordinary life was a simple conviction: “Women belong,” she said, “in all places where decisions are being made.”

Our whole team here at Ellevest is absolutely devastated to hear about the passing of Ruth Bader Ginsburg, Supreme Court justice and lifelong champion for women. “People ask me sometimes… ‘When will there be enough women on the court?’ And my answer is: ‘When there are nine.’” pic.twitter.com/2aH2EWEpvT