As we complete another week under a state mandated stay-at-home order, I am both hopeful and uneasy about how long this way of life might last. I am hopeful because my family has settled in to our new routine. A sense of normalcy has returned as I attend board meetings on Zoom and schedule virtual happy hours with friends. But Virginia’s order to stay-at-home until June 10th and Minneapolis’ announcement that public beaches and pools are closed for the entire summer leave me uneasy. I was prepared to sacrifice spring, but not summer. Either way, there is an end to this somewhere, and I cannot wait to reach it.

News has a semblance of normalcy this week as well. March 31 was Equal Pay Day, a reminder than women must work an additional quarter to earn the dollar than men made last year. It was reassuring to see non coronavirus news for a change.

The Coronavirus is a Disaster for Feminism

Helen Lewis for The Atlantic

According to the British government’s figures, 40 percent of employed women work part-time, compared with only 13 percent of men. In heterosexual relationships, women are more likely to be the lower earners, meaning their jobs are considered a lower priority when disruptions come along. And this particular disruption could last months, rather than weeks. Some women’s lifetime earnings will never recover.

Given this harsh reality, Equal Pay Day on March 31 is a day to call attention to the significant pay gap between men and women in our country. On average in 2019, women were paid 22.6% less than men, after controlling for race and ethnicity, education, age, and geographic division.

And a 2016 study from Columbia University that looked at the mental health consequences of gender wage gaps found that when women make the same amount or more than their male counterparts (who are equally qualified for their jobs), their likelihood of experiencing depression and anxiety are about the same. But when women make less money, they’re 2.4 times more likely to experience depression and four times more likely to have anxiety.

Who is Deborah Birx? – a leading voice on the coronavirus task force

Her appearances are a cross between a war briefing and FDR’s fireside chats. She mixes the minutia of disease transmission with deeply personal stories, then pivots to complex discussions of antibody testing for the virus. She scolds and reassures within minutes of each other. 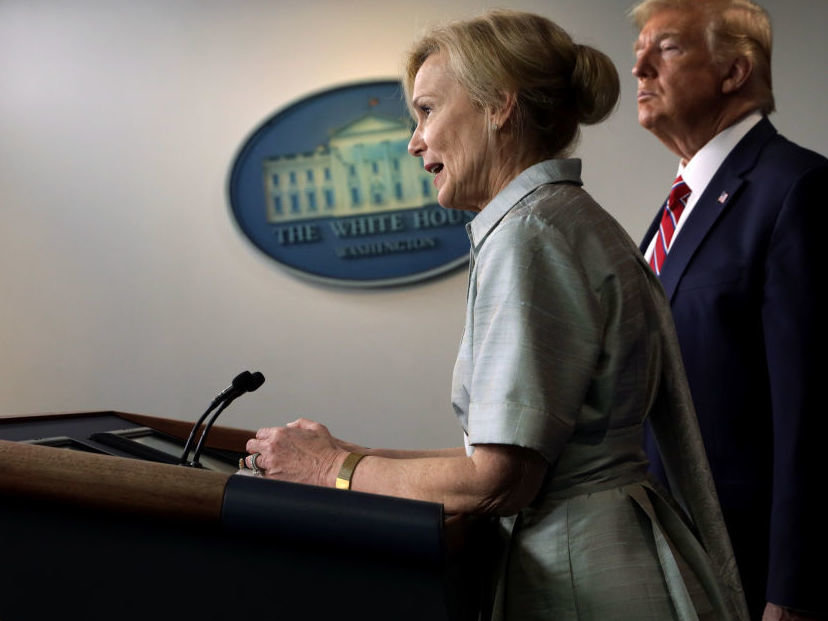 Ledbetter, an Alabama native, took a job at the Goodyear Tire & Rubber Co. in Gadsden in 1979 as the only female overnight supervisor. She began her career earning the same salary as her male colleagues, but by the time she retired, she earned less than any of the men in the same role.

ICYMI: I spoke to our CEO Josh Brown about what it is like to be a financial advisor and member of our investment committee during the coronavirus pandemic.