Last week, a client pointed out to me that the market is in the same place it was 18 months ago. I nodded my head. Of course, that happens all the time. But each time, we feel the emotional malaise that comes with watching our accounts hover around the same value for a year and a half. Investing is often like watching paint dry. You don’t actually see it happen, but eventually the paint dries.

Keeping in mind that a globally diversified portfolio includes many other asset classes, I pulled the historical 18-month rolling returns for the S&P 500 Index. Since January 1926, there have been 1,104 rolling 18-month return periods for the index. The average 18-month return was 11.6%, while the highest return was 83.9% (Dec 1933) and the lowest -55.3% (May 1932). Almost 21% of the time, 18-month rolling returns were negative, and 27% of the time returns were less than 4% – essentially flat without dividends. These are annualized returns.

My takeaway is that about one out of every four 18-month time-periods will be flat or negative for the U.S. stock market. Let’s take a look of some of the recent examples. 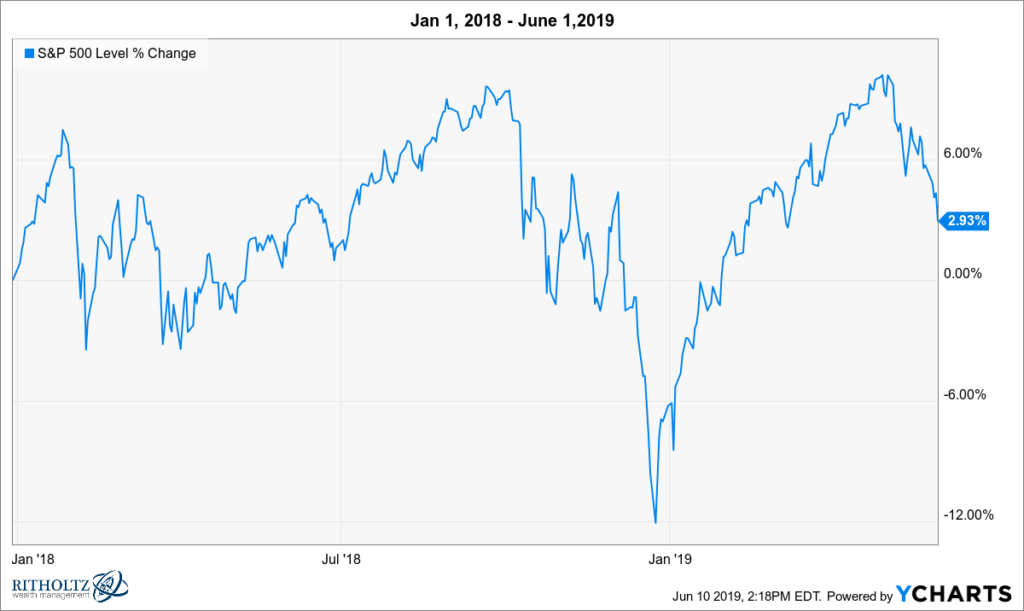 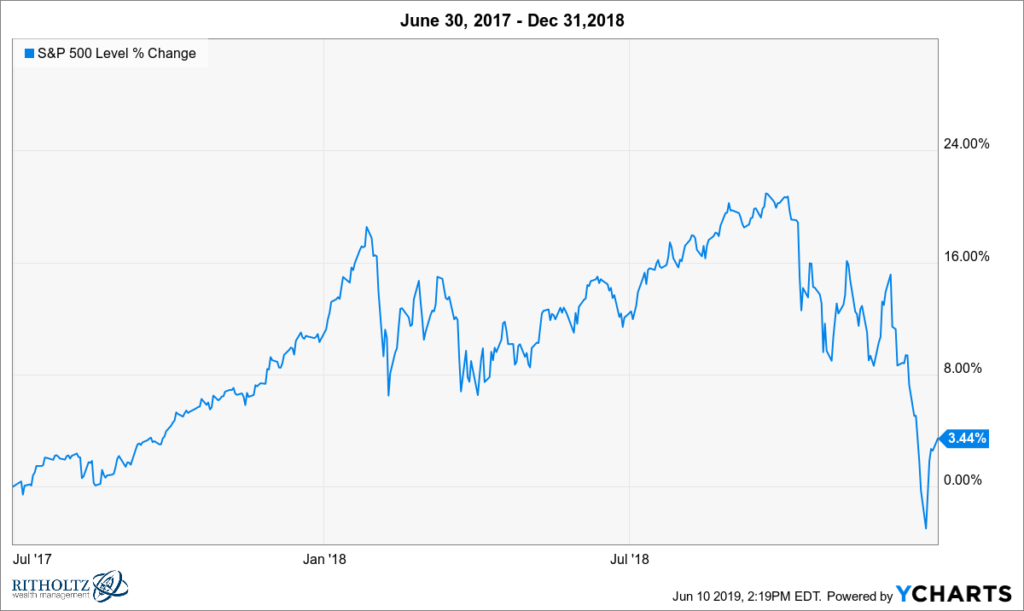 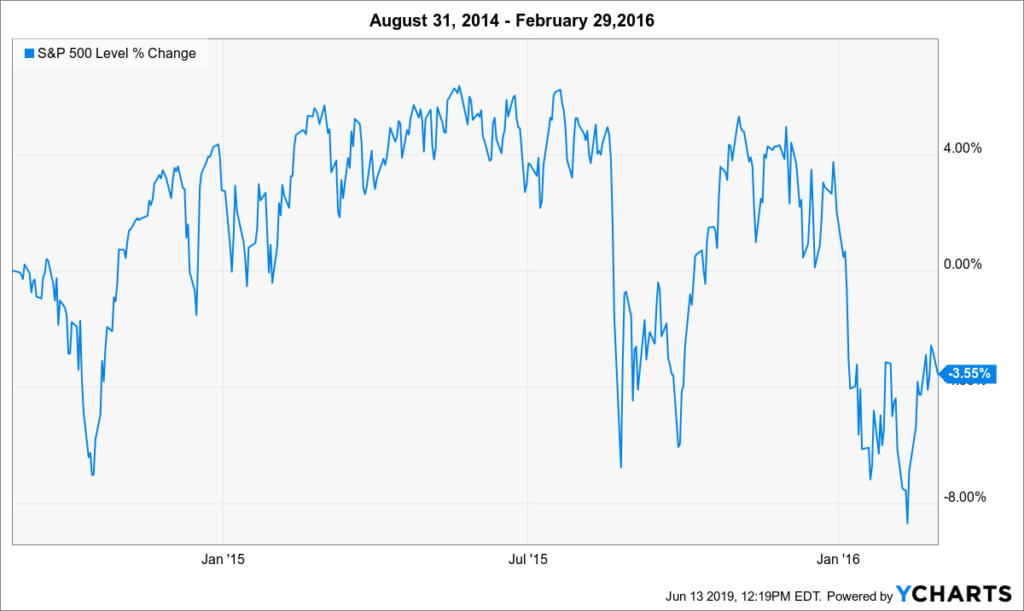 And yet, despite all three of these treading water moments, the index is up almost 38% since August 2014. How quickly we forget the goldilocks year of 2017, when the S&P 500 Index was up 19.42% and hardly declined by more than 1% during the entire year. 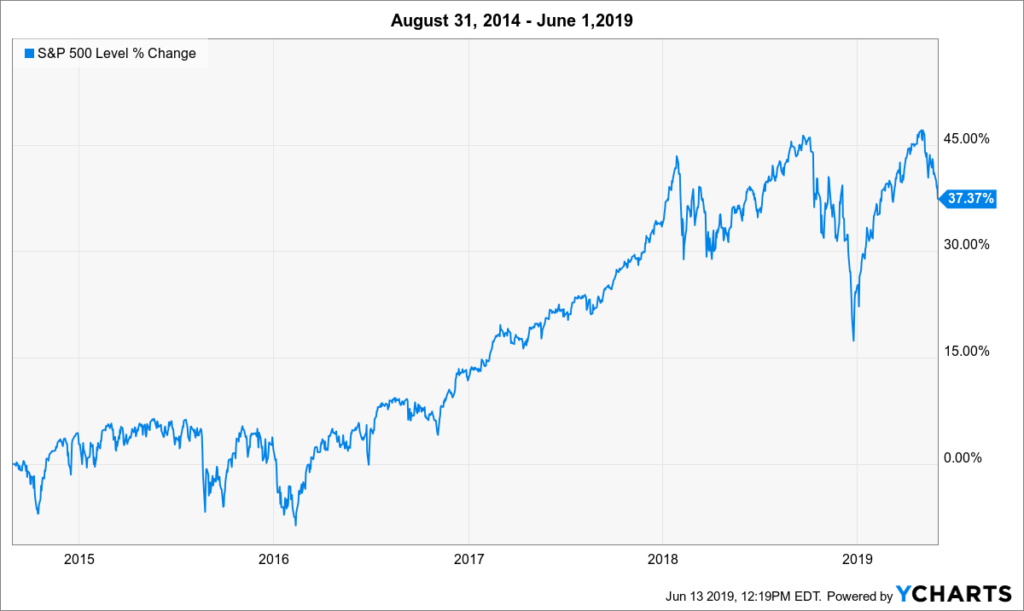 Analyzing investment performance depends a lot on the beginning and end date you choose. We all have a tendency to anchor our portfolio’s highest value as a marker for future performance. Sometimes it take months or years to overcome the next all-time high mark. And once an investor starts taking withdrawals, new high water marks are no longer the goal.

Long-term investing is both boring and thrilling at the same time. We take long rides that seem to go nowhere only to hit a new stride out of the blue. This can be maddeningly frustrating, especially when a lifetime of savings is at play. None of us have a crystal ball, and trying to time the ups and downs of the market lends itself to two opportunities to be wrong.

If you haven’t seen Josh’s video about compounding returns on CNBC, I highly recommend you watch it.