For the second time in two weeks, US stocks experienced a decent selloff yesterday. According to social media pundits, it was the fourth largest point decline in the history of the Dow Jones Industrial Average. Yikes! Except points are not percentages, and we will continue to see larger and larger point moves for the index as the market climbs to new highs. Yesterday’s 800 point drop was a 3.05% decline. In comparison, the 679 point drop on December 1, 2008 was a whopping 7.7% decline. It is best to avoid the temptation to succumb to Dow point sensationalism. 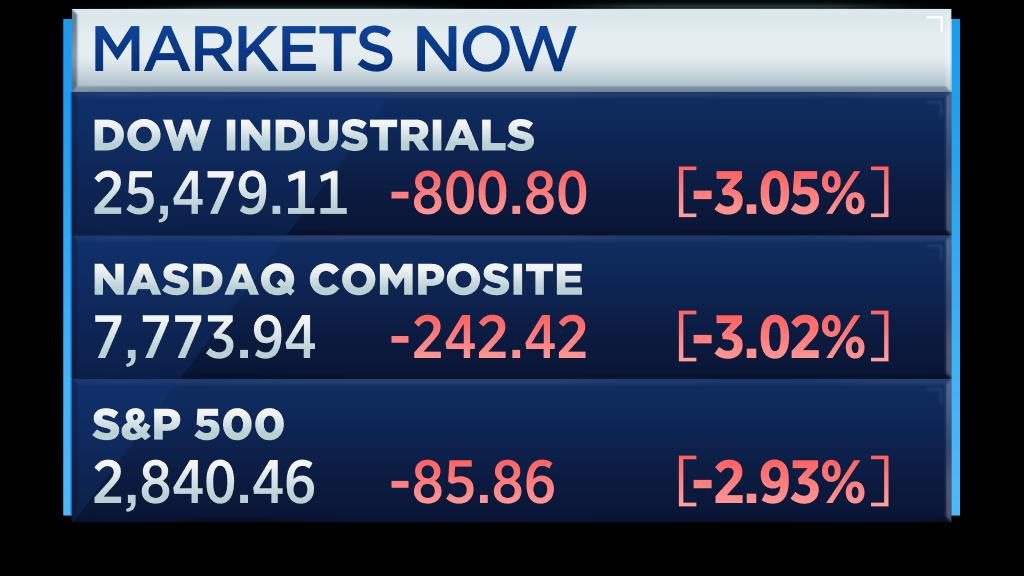 A 3% daily drop for stocks is still a significant move. The selloff yesterday was likely in response to a temporary yield curve inversion, and this time it was a ‘real’ one. The yield on the 10-year Treasury note dropped 1 basis point below the yield on the 2-year Treasury note. The 2’s and the 10’s are the sections of the yield curve that have inverted before each of the last nine economic recessions. Back in March, when the yield curve inverted, the 3-month and the 10-year crossed, but not the 2-year. So yesterday’s 2/10 year swap was seen as a legitimate warning sign that the US economy could be headed for recession. The inversion did not hold, and today the 10-year note is yielding 2 basis points more than the 2-year. Keep in mind, a basis point equals 1/100th of one percent. One might call this a flat yield curve rather than an inverted one at this point.

The US-China trade negotiations loom large over the news cycle as well. On Tuesday, the US backed off, announcing a delay of $300 billion in new tariffs on electronics and consumer products made in China until mid-December. It appears the threat of harming the Christmas shopping season took precedence over applying more pressure on the Chinese. After talks between the trade partners in Shanghai finished with little progress earlier this month, Trump declared the new $300 billion tariffs. China retaliated by halting purchases of US agricultural products and devaluating the yuan. That move is what caused the gap down open and 2.9% decline for the Dow on Monday, August 5th.

So out come the pundits, the push alerts, and the financial media panic coverage. The stock market leads the nightly news and the one-hour radio call in shows. It’s above the fold in every paper. I’m told it even made The Skimm, a daily e-mail news summary targeted to women. No one can avoid the coverage.

This morning nerves are frayed on Wall Street after the Dow's worst day of the year after plunging 800 points. This now raising concerns that a recession could be on the horizon. @PeterAlexander has more. pic.twitter.com/6yE1LkW025

This tweet is brought to you by the TODAY show, home of pop culture, cooking segments, and women drinking wine at 10:00am. Jim Cramer was a guest this morning.

What is a long-term investor to do?

You might not like what I have to say, but sometimes the medicine doesn’t taste good. If you have a real financial plan, and your investment strategy is thoughtfully aligned with that plan, you should do nothing. If the news makes you nervous or puts you in a down mood, turn it off for a minute. I don’t know if the next bear market starts this week, next month, next year, or next decade, but I know it is coming. Any financial plan worth the paper it is printed on models the impact of regular, periodic market declines. They are expected, and bear markets are a requirement for long-term investors looking to earn a market return.

Investing is hard. Our brains are not programmed to save a pile of money, watch it fluctuate wildly in value, and comprehend the impact of cost inflation 30 years in the future. When our portfolios hit new all-time highs, we anchor to that dollar amount. Anything less is now a ‘loss’ that causes pain and despair. The daily gyrations of the stock market whip us in to a frenzy. You might have gotten a call from your sister, your cousin, your neighbor, or even your adult son this week asking what you plan to do. All this excitement, and we are only 6% from recent highs. How did we survive the 20% drop last fall?

Breath in, breath out, carry on, rinse, repeat.